I wrote out a character in my latet 150-page script today with search&replace. See if you can guess witch one 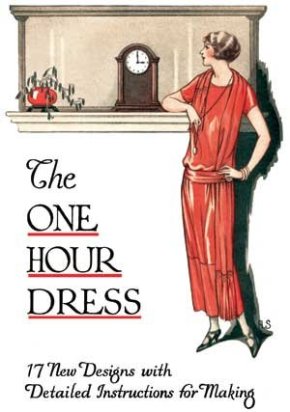 It’s a book about making dresses from the Women’s Home Institute, or some such thing, from back when home-making was a soft science like psychology or economics. Sometimes they really don’t make things like they used to. I already have a lot of ideas of what I want to make, and dresses and skirts usually turn out wearable. I’ll tell you how sewing these dresses goes and if modern people can actually do it in an hour.

p.s. if nothing else at least I have my new avatar..

Have you ever found yourself in one of those really Mom and Pop stores? The ones with hand-drawn signage, laminated to hang in the window, tools of their trade hanging from a bar above the sink, the counter almost overflowing with wares to sell? Was the window mostly obscured for the 8.5×11-inch placards, listing each offering in Magic-marker bubble text with a cartoon of the thing for sale, for example, a bubbling cheesy hot ziti with the words “BAKED ZITI” writ large in the foreground. Maybe there was a New York Yankees vanity license plate nailed to the door lintel, or the owner was wearing a Yankees ball cap. Maybe after your third visit someone asked for your name, or what you were doing here so damn early, girl. For sure every inch of wall space was taken up with menu boards, kitschy decor, and storage space for inventory. Perhaps there were some notices hung up, like from your mother, admonishing you not to rush the staff or bearing the legend, “We made a deal with the bank… they don’t sell meat, and we don’t give change!”

Maybe the shop was named after someone’s surname, like ‘LaTorre’s Deli’ or ‘Dichter Pharmacy’, or maybe the signage has been layered upon layered with logos of corporate patronage since time immemorial, like a decoupage of Coke and beer ads, so you only know to call it “that news stand at the corner of 204th and Cooper.” Maybe someone’s nephew did a full color mural on the side of building, so you can see its name fifty yards away, proudly declaring their business is para ustedes. Maybe the inside of the store was so choked with locals you left without buying anything, wondering why all those idiots buy their coffee from a place that got a B from the Health Department. I’m going to sing an ode to these kinds of businesses as an example of New York culture at its best.

Increasingly it seems life in the city is becoming like life anywhere, just with narrower sidewalks and European-style bathrooms. A huge share of your day’s interaction with the world (this blog post included) is accomplished digitally, quietly, without face to face interaction. One orders a bottle of hair shampoo from Amazon, waits for the UPS guy to deliver it and then one leaves terrible feedback when the seller accidentally gives you a very similar-looking bottle of conditioner; but nothing about the interaction strikes you as personal. It’s only when a personal message comes through the ether to resolve the issue one realizes that you’re bossing around other people, not the unfeeling Amazon robot Leviathan. Ordering food at McDonald’s can be similarly detached, sometimes the whole transaction takes barely thirty seconds, and even though you’ve heard that people “Can’t survive on $7.25”, there’s no tip jar for good service. At CVS, cash registers have been aggressively replaced with self-checkout kiosks, which often lock out and have to summon employees because the customer did something fancy like use a store coupon; which would be fine except now there are fewer store clerks, because these machines replaced them. Is it frustrating for them, being the training wheels for the machine that took their job, but can’t do it well?

It actually was CVS that made me think about writing this essay, CVS and its Mom and Pop counterpart, Dichter Pharmacy. With my current health insurance it costs the same to fill prescriptions wherever I go; which I think makes this case incredibly comparable. Unlike CVS, which is a drug store, the Dichter place has a soda shoppe and sandwich counter; with that New York-style crumbcake where the crumb topping forms a half-inch candy layer to the top. That might have been enough to convince me to switch, but in addition, CVS has my name and phone number (side effect of signing up for their customer card) and plague you with mechanized phone calls if you forget to get your prescription refilled. This is supposed to ‘keep you healthy’, but I get CVS’s game here: no prescription left unfilled, no stock left languishing in the patient bins. The profit a pharmacy makes from a prescription can be more than your entire copay for it, especially if it’s still patented. Note that if someone from the Dichter Pharmacy wanted to harass me to pick up my Adderall, they would have to speak to me in person; more important they could tell me what drug it is, so I could confirm whether or not I actually needed any (stuff like birth control pills can be filled months in advance, leading to an endless stream of robotic phonecalls regarding ‘your prescription’. The robot will even call you if you run out of refills for ‘your prescription’ and do nothing, assuming that you’re supposed to be on that prescription indefinitely.) With CVS’s model I was just showing up to the pharmacy and purchasing bags of pills only to find out they were ones I’d discontinued months earlier but had forgotten to cancel. It’s healthcare waste at its worst.

So about a month ago I was getting a bagel at the Dichter Pharmacy and found the owner, Manny, was staffing the soda counter instead of the high-school student and the tough mom who usually handle what he called “the front end”. I asked him how was it, running a small pharmacy on Broadway, and he said the soda shoppe increased traffic for his over the counter goods like lotion and shampoo, but not so much in the back. When I offered to start filling my prescriptions there, Manny treated it as if it was a huge favor, and gave me a card valid for a complimentary scoop of ice cream. But why hadn’t I done so from the very beginning, is what I wonder, it’s much closer than the Inwood CVS and certainly closer than the one at Columbus Circle, where I used to go. It was like the force of habit and the existence of a customer loyalty account had me golden-handcuffed to CVS’s terrible pharmacy service; not in a logical way but in the dubious name of ‘convenience’.

So today I was at the pharmacy again, waiting at the soda counter drinking coffee, when one of the customers introduced herself to the tough Irish Mom, as the mother of the slender high schooler making tea behind the counter. Her father was also in the store, shopping, saying “We got the whole family up in here.” Which is interesting because Manny the owner might have said the same thing. Flourishing small businesses are like the center of gravity for a neighborhood, and give it its sense of community; without them you have an endless march of brands, as you might find on Fifth Avenue. Thus these hole-in-the-wall delis can provide a cross-section of the neighborhood, plus show you some singular characters; some people are total shut-ins but for the meals taken at one particular deli.

Nobody hangs out at Uniqlo, or at the Apple Store; each person singularly shops for pants, with little expectation of seeing someone you know at the store or of encountering the same sales associate twice. Hanging out is actively discouraged in Barnes & Noble by the dearth of chairs and in McDonald’s with oppressive signage telling you you have thirty minutes to eat your food in their dining room. One of the most rewarding things about buying stuff from Mom and Pop stores, besides finding products of high quality, is building a relationship with the person you bought from. It seems a vanishing side of business, or at least a more rarified one; it’s still about who you know, just making those connections is more nuanced and impersonal, to revise: it’s to whom you’re linked-in.

I would encourage you in the Comments thread to post your own favorite local businesses; I mentioned a few, like the Dichter Pharmacy (4953 Broadway) and will compile a better list for later postings. So which is your favorite? Doesn’t matter what neighborhood, just shout it out.